The building was designed by Gunar Braccs, a founding member and architect employed by the Electricity Commission of NSW.

HISTORY OF THE LODGE

Most of building was buried in snow. Access in and out was via a tunnel dug from the winter entrance out and under the deck. It was not possible to open the windows more than a few centimetres as there was a solid wall of hard packed snow up to and over the eaves. Only the front part of the roof and front lounge room windows were visible above the snow. There are stories about members skiing straight over the roof!

The building was designed by Gunar Braccs, a founding member and architect employed by the Electricity Commission of NSW.

In the basement there was a large bunk room known as the ‘crash’ officially intended to provide safe refuge for skiers caught in bad weather, but more often used as the bachelor quarters or for weekenders with somewhat primitive bathroom arrangements which unfortunately remain the same to the present day. The ‘crash’ was later subdivided to form the number 17 bedroom and a games room.

Guests paid a deposit with their tariff which allowed access to the well-stocked food store operated on an honor system by the lodge captain. The food store was necessary as the only shop in Perisher being the ski centre which sold and hired out ski equipment and provided limited supplies of bread and milk. The Man from Snowy River and the Sundeck were the only hotels and social gathering point for lunch, apres’ ski drinks with bistro style meals and live music.

The lodge operated similar to today being self-care with a Lodge Captain to roster shared chores each week. As there was no garbage service, a roster was also drawn up for guests to burn off food scraps and paper in the basement incinerator, or to crush the cans in a primitive crushing device in the basement workshop. Cans and glassware were stored until summer for disposal. 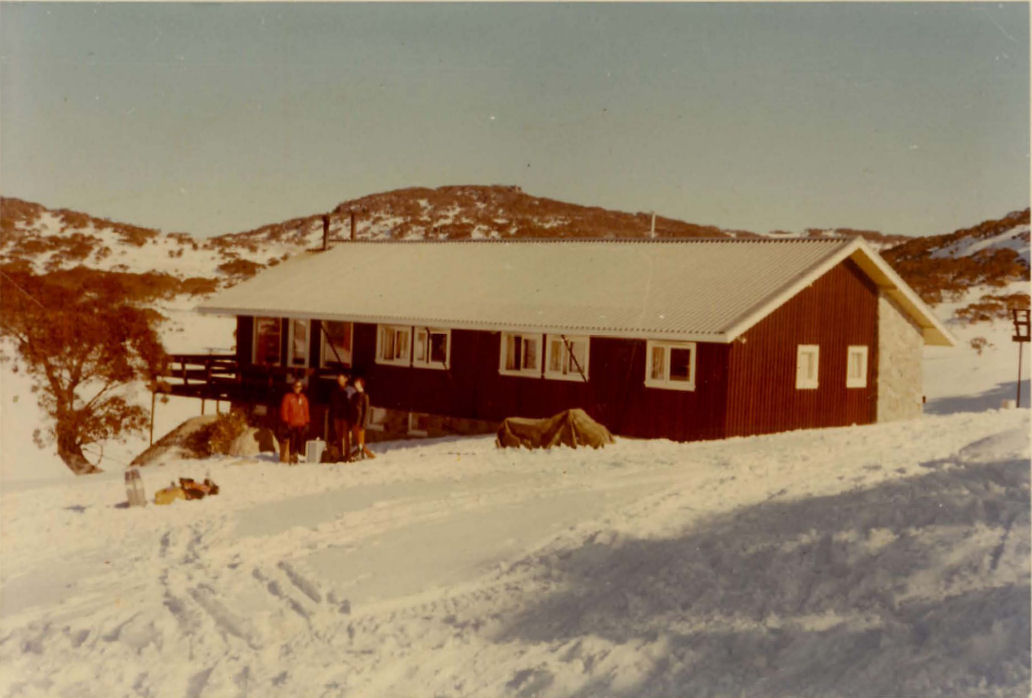 Photo: the lodge taken in 1970’s with Alan Simpson, Jan Macfarlane and Venda Holland photographed waiting for the Saturday Snowcat.

Access to the lodge in winter was via a shuttle bus from the Sawpit Creek carpark, (now the Park entry pay station) and Smiggins Holes where you transferred into a snow cat which in most cases dropped you off at Ben Bullen, as the heavy Bombardier or Nodwells regularly got bogged in the deep snow that built up across the back of the lodges along Wheatly Ridge. From Ben Bullen you dragged your suitcases along or sunk into the thigh deep snow while struggling under the weight of a backpack to reach the lodge, sometimes having to make several trips.

In 1995 when negotiations began on our third lease it was decided that time had come to upgrade the building to modern ensuite accommodation. At that time the club extended it’s membership from the original limit of 110 to the current 160 membership and began the planning of the current building.

Our properties are available only to Members and their guests. 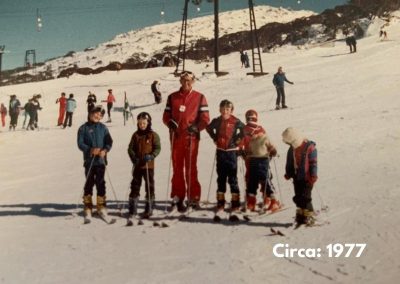 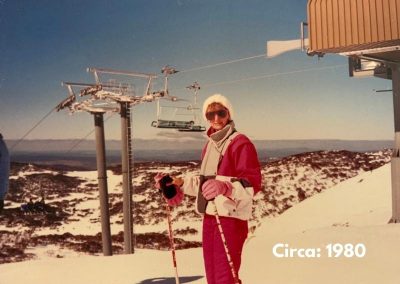 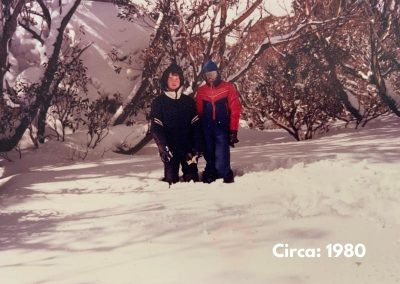 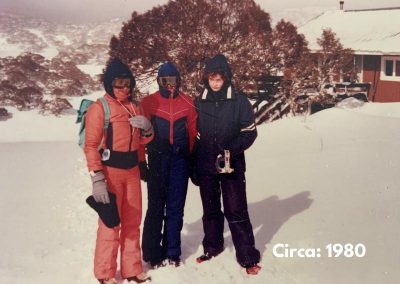 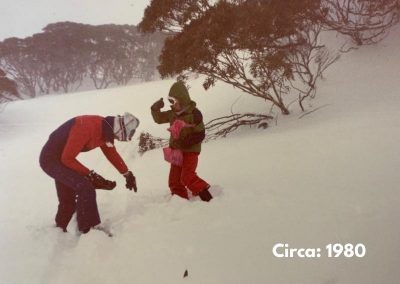 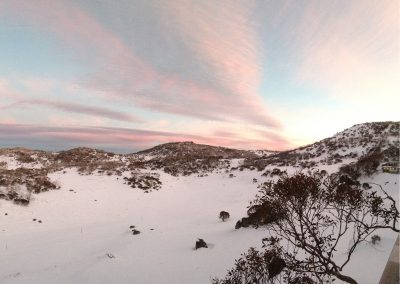 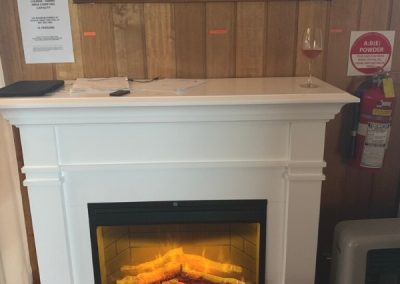 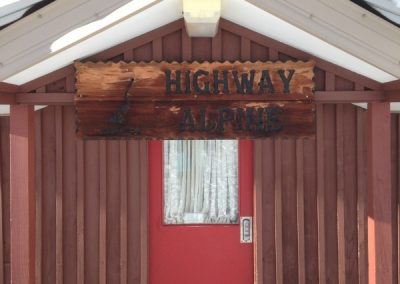 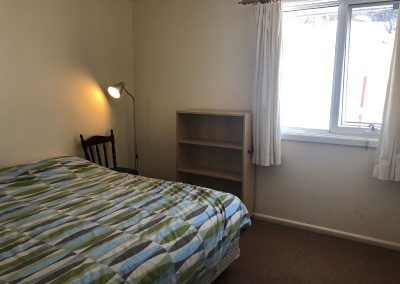 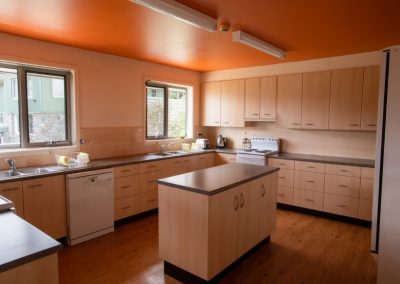 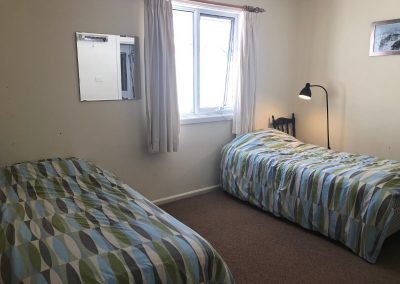 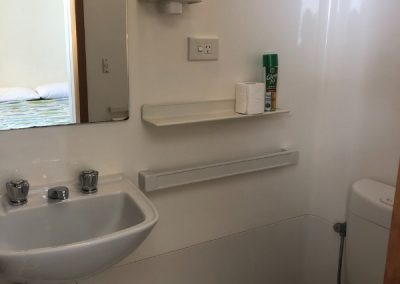 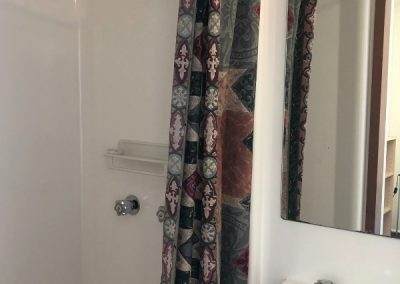 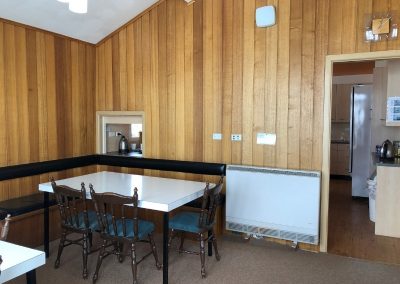 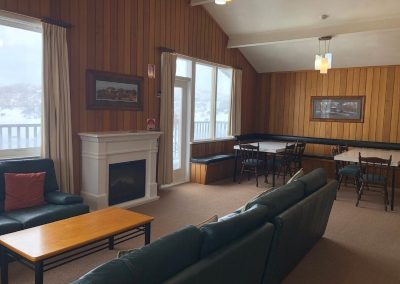 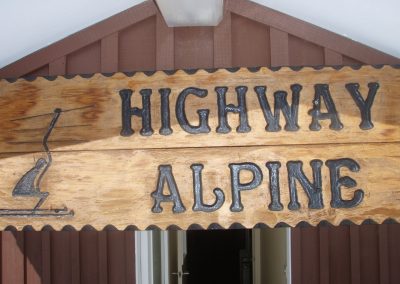 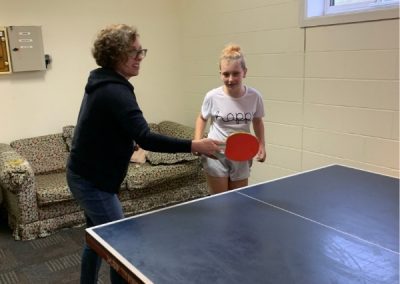 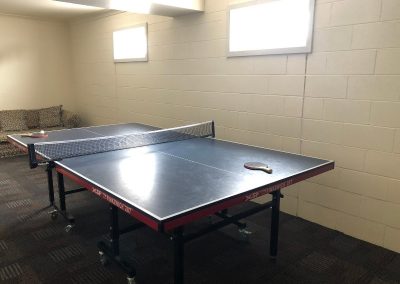 Keep in touch with the latest news from Highway Alpine, Perisher and Thurlow Lodge, Nelson Bay.